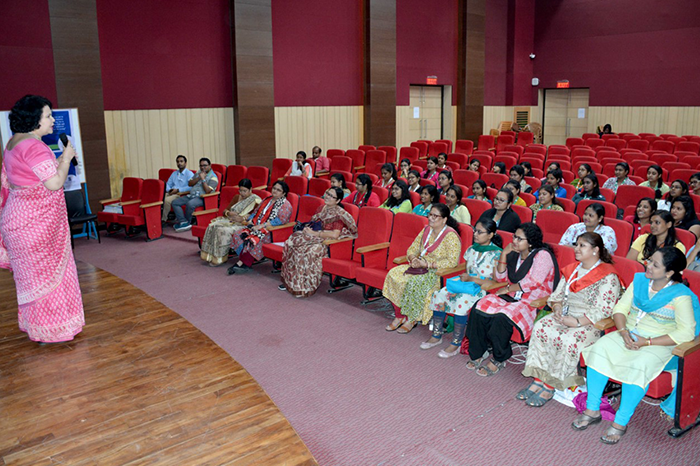 SAPPHO for Equality: An organization for Gender rights in collaboration with School of Education, Adamas University has organized an interactive workshop on “Understanding Gender-Sexuality, Violence and Creating Resistance” on 22nd October, 2019.

The workshop was organized with the initiative of Dr. Prarthita Biswas, Associate Professor & Prof. Mita Banerjee, Pro-VC and Dean of SoE.

The workshop highlighted aspects of gender sensitization and the existing idea of a sexual ‘mainstream’ as opposed to a ‘margin’ and to challenge any form of ‘ghettoization’ of the margins.The following issues were mainly highlighted :

The workshop was conducted by the Co-founder of Sappho for Equality: Ms.Sumita Bandhopadhyay. She was assisted by Koyel Ghosh,Reshmi Sen and Shreoshi Ray.

The title of the workshop which is also a part of the B.Ed. syllabus helped the students to understand the gender and sexuality as well as gender rights in a broad perspective. National Assessment and Accreditation Council (NAAC) in Criterion 7(7.1.1) has also highlighted the importance of gender issues. Thus this Workshop satisfied a part of this criteria.

MOA between School of Education, and University Scholars Association of the Philippines
September 15, 2021

A lecture session on a theme Assessment for Learning
February 12, 2020